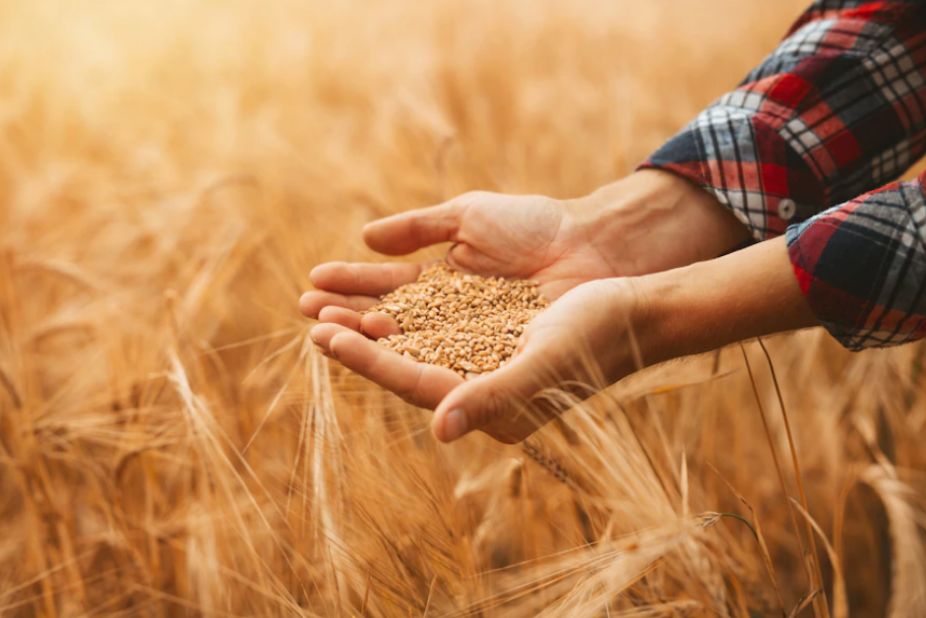 Farro has been the basic nourishment of Assyrians, Egyptians, and of all ancient populations in the Middle East and North Africa.

According to recent studies, its origin can be traced to Palestine, where even today it represents a spontaneous culture (Triticum dicoccoides): From this area, Nomadic shepherds have probably spread it to all other known regions.

Without this precious and nutritional grain (they say that all you need is 100 grains to give you high energy) Roman legions, to who it was distributed even as wages could not have conquered the world.

Ancient Romans called faro Triticum informally and the erudite word was Farris. Farro was utilized to make an everyday dish called puls. Very popular was also "Mola Salsa" a specialty of toasted faro and salt and "Libum", a farro cake that was offered to the gods in the propitious sacrifices. All rural gods, but particularly Demetra the Earth Goddess, were offered farro grains and salt during the Ides of March, to propitiate a good harvest.

Generally, all these dishes turn out to be about the same, that is a kind of a very thick soup made of soaked farro (cooked or uncooked), mixed with garbanzo beans, mint, olive oil, and pepper in which are marinated tender first growth fig leaves. There also is the "Lebanese Kibbe", made of farro soaked and boiled with mutton that has been cooked in tomato sauce, The Lybian Kibbe, which by the way is also eaten in Tunisia and Morocco, is made instead with soaked and boiled farro, fish fillets, diced squash, and walnuts.

Farro has also been used for medicinal purposes and many of the ancient scriptures that document cures with this precious ingredient, from the book of fever cure 1-15: if nature cannot intervene in this state, adopt a heftier diet that is farro flour! Or Burchiello. 17…but if you are to contrive an eye infection you will be healed by smoke from burning farro.